Friday already? How did THAT happen?!

This week has been intense. I've been writing. Properly writing in a way I haven't done for a very long time. I don't want to go on about it too much in case I jinx it. Let's just say it's going well so far.

Something nice happened this week: ENTANGLED was reviewed in Books for Keeps. BfK is pretty much the most important children's book magazine we've got over on this side of the pond so I was particularly chuffed that my little book got a mention. If you want to check out the full review, have a look here. Here's the last little bit though... the bit that's helped me get through this week's writing:


Grace is a psychologically convincing troubled teenager and her strange predicament is in itself the stuff of dreams. Cat Clarke handles her multi-layered story with skill and introduces a bold twist at the end but Reader, you must read it yourself... A most accomplished and daring debut novel.


How nice is that?! Thanks, Books for Keeps!

In other news... well, you'll just have to watch this space for other news. *adopts secret smile*

Here's Taylor Kitsch to wish you all a happy weekend... 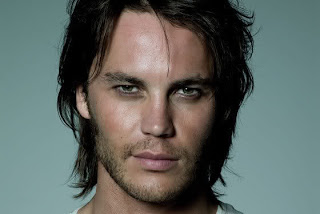 In which I have a revelation

This is the story of how I realized that one of my very favourite things was ruining my life. OK, that's being kind of dramatic, but it's really not far from the truth. It all started when Iwatched this video by the ever awesome Charlieissocoollike.

﻿So maybe you watched this video and thought, 'Yeah, duh! EVERYONE knows that.' I watched this video and realized that Twitter is evil. Or at least, seriously bad for me. My addiction (and I do think it's an addiction) had become so extreme that I was checking Twitter after every sentence I wrote. This is clearly not a very efficient way of achieving your (measly) word count target of 1000 words a day.
I started the new book on Tuesday and I wrote 1000 words. This took me all day, what with all the Twitter/FB/email/other random internet stuff.
Same deal on Wednesday and Thursday. I wrote some words, but I was flailing. It felt like I'd started the story in the wrong place, I had no idea who the characters were... it. was. all. disjointed. and. a. bit. crap.
Then I watched Charlie and KAPOW! I realized I could shut down Twitter. A miraculous discovery, don't you think? So that's exactly what I did. For a whole hour yesterday morning. I'm not going to lie, I was kind of twitchy at first. (And when I say 'kind of', I mean 'VERY'.) But I persevered and wrote some words. Then I wrote some more. And before I knew it, an hour had passed and I'd written just over 1000 words. Yes, my entire day's word count in a single hour and the story had started to flooooooooow. So I went back on Twitter for half an hour. It was still there. I hadn't missed anything. The world hadn't ended. I went dark for another hour, which resulted in another 1000 words. Two days' work in two hours. Man, I felt like a right muppet. I was all 'So THIS is how writers manage get their work done! Why didn't anyone tell me?!'
That's how I used to write, pre-Twitter. AND MY GOODNESS IT FELT GOOD. I've done the same thing this morning - another 1k down. I might go for another hour soon. It's hopefully the start of a new regime for me. Even if I don't do it every day, at least I know it's possible. And that's enough.
So, thanks Charlie! And thanks to the brilliant Kaz Mahoney, who's hosting the Spring into Summer writing challenge over on her blog. I'm woefully behind on the word count for the challenge, since I started nine days late. But it doesn't matter. It's nice to hang out with people who are trying to churn out the words, just like me.
Writing can be a lonely business, which is probably why lots of us love Twitter so much. We get to hang out with our colleagues with the added bonus of not having to change out of your jammies if you don't want to. But I need to find some balance in my life if I'm going to make a career of this writing malarkey, and this week I feel one step closer to doing exactly that.
If you feel like joining me in the whole 'switching off Twitter to get stuff done' thing, the hashtag is #goingdark. Come... join me on the dark side. You know you want to.
This post was brought to you by The School of the Bleeding Obvious. Thanks for listening.

1. I'm done with TORN... for now. YAAAAAAAAY! I changed a character name, pruned many pointless sentences and swapped some words around. It took approximately FOREVER.

2. This picture of Ethan Embry sort of reminds me of my favourite character in TORN. The hair's not quite right and the eyes are the wrong colour, but apart from that... 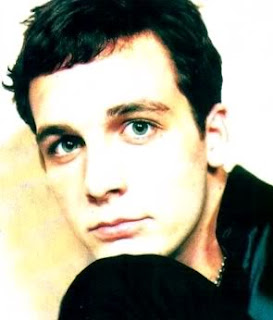 3. I'm starting  a new book today. Oh yes indeedy. Please note: I had no intention of starting a new book when I woke up this morning, but these things happen.

4. I have found this song to be strangely inspiring. Don't ask why.


5. My awesome publisher Quercus was named Publisher of the Year last night at the Bookseller Industry Awards. Well played, Quercus.

What are you up to on this random Tuesday?
Posted by Cat Clarke at 10:10 AM 13 comments: 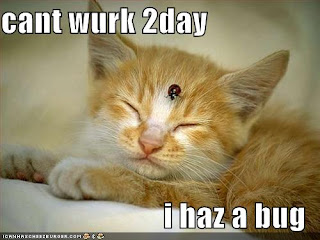 Or rather, I HAVE to work today, but I can't quite summon up the energy to blog. Sorry. I'm still trawling through the ms for TORN making many, many teeny-tiny changes. And to think I very nearly didn't bother reading through it again... shame on me.

If anyone wants to recommend some horror films for me, that would be muchly appreciated. For some reason they're the only things that make me feel better right now. Odd.
Posted by Cat Clarke at 9:38 AM 6 comments:

Back to the real world with a bump after the excitement of the royal wedding. For me, the weekend was a glorious combination of: smoked salmon, cake, Cava, cocktails in teacups, royal faces mounted on chopsticks (don't ask), reading the papers, dressing up as a sailor, reading more papers and sitting in the sunshine eating a baked potato. Busy times indeed.

Last week I received my edits for TORN. They didn't make me cry or throw a tantrum or set anything on fire. So that was a good start. Just a few tweaks here and there and I should be finished by the end of the day. There was one little section that gave me pause. When I originally wrote it I thought it was a) entirely pointless but b) pretty damn charming. As far as I was concerned, the charm outweighed the pointlessness and with any luck it might just sneak through into the final book. After all, no one would really pay attention to three sentences out of 75,000 words. I was wrong. My editor (gently) suggested that I get rid of the aforementioned sentences. Busted.

My evil plan was foiled, dammit. Re-reading the section now, it's clear to me that it's not even particularly charming. Charmless AND pointless is never a good combo. So I guess what I'm saying is maybe you shouldn't try to sneak things into your manuscript just because you think they're charming or clever or an in-joke between you and... er... you. Make sure everything you write HAS A POINT.

Have you ever been found guilty of this unspeakable crime? Do tell...
Posted by Cat Clarke at 9:25 AM 6 comments: